Living in Canada we expect some extreme winter weather. Okay … maybe not so much in Victoria BC, but we hear about it from our eastern cousins all the time – usually while we’re admiring the cherry blossoms! 😉  But did you know that the weather can cause some pretty crazy phenomena outside of the usual precipitation and sunshine? We knew, but we didn’t know know. You know? So today we’re going to talk about two of our favourite weird winter weather happenings: Frost Quakes and Thunder Snow. 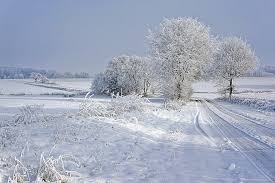 Also known as ice quakes, or (if you’re feeling fancy) cryoseisms, frost quakes create many of the same signs as larger scale earthquakes. Booming sounds, cracks appearing in the ground, shaking and tremors can all accompany a frost quake.

In fact, the shaking has been known to register as a VI on the Modified Mercalli intensity scale.

Frost quakes affect a much smaller area than earthquakes and sometimes are preceded by Earthquake Lights. These events occur when water freezes in large areas of soil or in solid rock. When water freezes it expands (hopefully not damaging anyone’s pipes!) and builds tension in the ground. The strain can be released by melting, but if the environment cools rapidly, it can become too much for the rock/soil to handle. In these cases, it’s a cryoseism.

Frost quakes are most common in the eastern provinces but have been known to occur as far west as Calgary. The great lakes region and St Lawrence River corridor are especially prone to them thanks to their habit of rapidly changing temperatures.

Ideal conditions for a frost quake are: 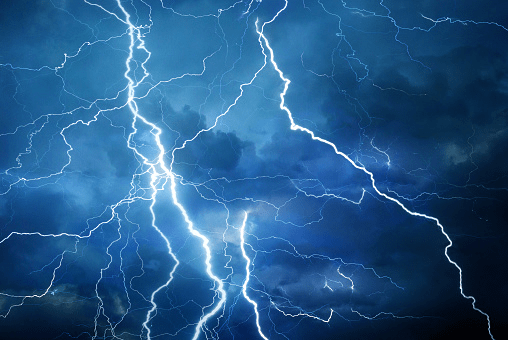 Thunder snow is a type of thunderstorm where, instead of rain falling with the lightening, you get snow. Big deal, right? RIGHT! Due to the weather conditions that are usually necessary to achieve the rarer thunder snow effect, it is usually accompanied by heavy snowfall (5 to 10 cm per hour) limiting visibility severely, even in light winds. But the winds are rarely light. Thunder snow goes hand-in-hand with storms and blizzards and frequently has winds with tropical storm force.

Once again, these effects are most common near the great lakes so, if you’re having a lakeside winter escape, beware of the extreme wind chills and frostbite that are common during thunder snow. Due to the low cloud cover and acoustic dampening effects of snow, thunder in this kind of storm can usually only be heard if you’re near it: 3-5 km away. There’s also a good chance that any lightening in these storms will have a positive polarity, often a sign that it will be more destructive than negatively charged weather. So, not only will it be difficult to hear coming, it will hit harder too. When these weird winter weather phenomena occur, it’s best to stay indoors … 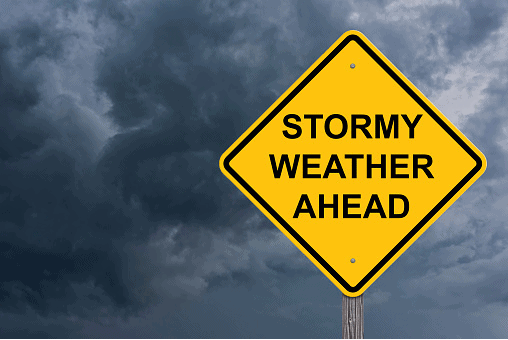 If you find yourself caught it any extreme weather, please stay indoors whenever possible. Should you be stranded on the roadside, check out our other posts here on how to best survive a blizzard from your car.

Thunderous bangs and shaking furniture can mean it’s time to drop, cover and hold on. However, if you’re in the eastern provinces, you could also be experiencing a weird winter weather frost quake. Once you’re confident it’s not a real earthquake and your loved ones are safe, check your pipes for damage. If it’s cold enough to crack rock, it’s cold enough to rupture a pipe.

Share this post with your great lakes friends and wish them a safe and happy winter from all of us here at Total Prepare! Thank you for reading!

Categories: Severe Weather & Floods
Prev postNext post
New Year’s resolutions are a great way to take your one-day list and start checking off items. This
Read More
Who’s responsible in the event of an emergency? At Total Prepare, we hear it all when it comes
Read More
Disasters have a clear beginning and end, but recovery can last a long time after the dust settles.
Read More
September has come around yet again so it’s time to talk about what PACs and faculty can do
Read More
Since it is officially spring time in Canada, it’s about time for the snow to take a hint
Read More
For many of us living in the Fraser Valley and on Vancouver Island, the season’s snowstorms have felt
Read More
A lot of people would prefer to avoid the snow altogether, if they could. Some people fly to
Read More
One of the top tips for surviving a snowstorm is to not get caught off guard. How to
Read More