How to Prepare for Landslides

Home › Earthquakes › How to Prepare for Landslides

How to Prepare for Landslides 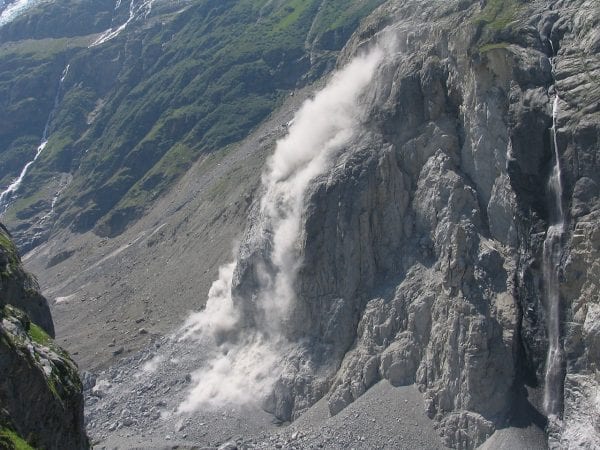 Earlier in September, you may have heard of the large earthquake in Japan that caused multiple landslides, unfortunately killing at least nine people. Our hearts go out to their loved ones, along with any who were injured.

After a natural disaster such as this, for those who were in the area, life will never be the same. For the rest of the world, it’s another sobering reminder that earthquakes and landslides could happen at any time, especially if you live along the Pacific Ring of Fire.

Although it’s impossible to predict earthquakes, there are a number of warning signs for landslides. We’ve listed them below, or you can read about them in further detail in this CBC News article:

If you’ve already got your earthquake kit ready, but you’d like to get better prepared for the possibility of a landslide, below are a few tips:

In general, knowing something about your local geology is a wise way to be aware of when the risk of landslides is high. And, similarly to other emergency preparedness practices, the more you communicate with your household about how you’re preparing and what your survival plan is, the better!

If you know of other resources for emergency preparedness, especially as regards landslides, we’d love to hear from you! Feel free to share a note on our Facebook page or shoot us an email!

Categories: Earthquakes
How To Guide
Prev postNext post
Early in the morning on Saturday, January 15, 2022, many west coast Canadians received a notification from their
Read More
Moving away from home to go to University or College is an exciting and unforgettable time in one’s life.
Read More
This year marks ten years since New Zealand’s fifth-deadliest disaster in Christchurch, a city on the country’s South
Read More
Can humans cause earthquakes? Humanity is pretty powerful but does our power reach this far? Natural earthquakes are
Read More
Are you and your business prepared for an earthquake? At the end of every October, the Emergency Preparedness
Read More
People spend A LOT of time in their vehicles. Whether you’re commuting in your car, running the kids
Read More
Disasters have a clear beginning and end, but recovery can last a long time after the dust settles.
Read More
September has come around yet again so it’s time to talk about what PACs and faculty can do
Read More