How to Prepare for Summer’s Severe Weather: Lightning Storms

How to Prepare for Summer’s Severe Weather: Lightning Storms 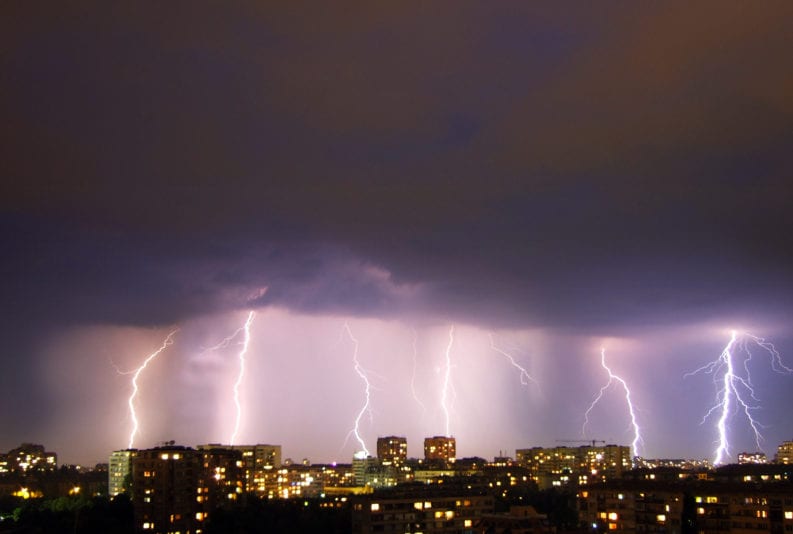 Although lightning storms are not common in Victoria BC, where our showroom is located, lightning flashes occur about 2.34 million times every year in Canada! While the number of deaths incurred by lightning strikes is relatively low (approximately 10 people per year), they seriously injure 100-150 people and ignite 4,000 forest fires each year.

A bolt of lightning can deliver as much as 100 million volts of electricity and strike a target up to 16 kilometres away from the nearest storm cloud. So when you hear thunder—wherever you are—take it as a warning signal to get yourself indoors as quickly as possible.

Below are a few further tips to help keep you safe during a lightning storm:

Many people—and especially children—become nervous during lightning storms. Once you’re in a safe location, sometimes it’s best to try to distract yourselves with games or stories until the storm is over. If you have kids with you, it might even be the perfect time to break out a children’s comfort emergency kit.

For more information on lightning storms and other kinds of storms, read on, here.

Article contributed by Sophie Wooding – Avid gardener and cyclist in Victoria, BC and Content Writer for Frontier.io

Categories: Severe Weather & Floods
How To Guide
Prev postNext post
New Year’s resolutions are a great way to take your one-day list and start checking off items. This
Read More
Who’s responsible in the event of an emergency? At Total Prepare, we hear it all when it comes
Read More
Weird Winter Weather Phenomena Living in Canada we expect some extreme winter weather. Okay … maybe not so
Read More
Disasters have a clear beginning and end, but recovery can last a long time after the dust settles.
Read More
September has come around yet again so it’s time to talk about what PACs and faculty can do
Read More
Since it is officially spring time in Canada, it’s about time for the snow to take a hint
Read More
For many of us living in the Fraser Valley and on Vancouver Island, the season’s snowstorms have felt
Read More
A lot of people would prefer to avoid the snow altogether, if they could. Some people fly to
Read More